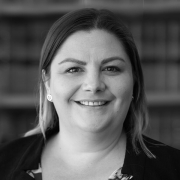 As a mother and step-mother herself, Jessica has a broad experience in all aspects of family law with a passion for parenting matters and focusing on outcomes that are in the best interests of the children involved.

February 2015, Supreme Court of NSW and High Court of Australia

Jessica’s main area of practice is Family Law including:

Jessica is on the panel of Legal Aid Family Lawyers.

Jessica has worked in the legal industry for 17 years, in both administrative and legal roles.

She commenced her employment in the legal profession in 2003 extending her experience from a personal assistant, receptionist, conveyancer and law clerk to an experienced and well-respected Family Law Solicitor.

In 2007, Jessica was the recipient the prestigious BBM Leadership Scholarship – A two week Corporate Leadership Development Program held in the United Kingdom.

In 2014, Jessica completed a Bachelor of Laws and Bachelor of Commerce (Financial Planning) through the University of Wollongong.

She completed her Graduate Diploma in Legal Practice through the Australian National University in 2014.

Jessica was admitted as a lawyer to the Supreme Court of NSW and High Court of Australia in February 2015 and has been practicing in Family Law predominately since her admission.

Jessica is vice Chairperson on the Board for the Illawarra Women’s Health Centre. She is also the Functions Co-ordinator for the Wollongong Chapter of the Women Lawyer’s Association.

In 2016, she travelled to Fiji and spent a week volunteering at Treasure House Children’s Home in Nadi where she worked with underprivileged, abandoned and orphaned children. Jessica has now visited the orphanage on three occasions and has close ties to the Fijian Community.

Get in touch today!