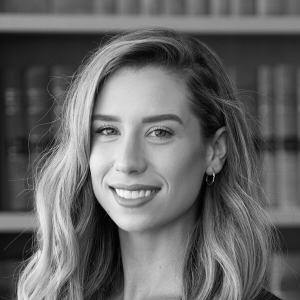 The consumption of illegal drugs before driving a vehicle puts you and others around you at great risk of injury or death. Research shows that illegal drugs play as much of a role in fatal car crashes as alcohol use. To drive safely, a driver must be able to judge distances and concentrate effectively on constant changes in the environment and substances like alcohol and drugs can severely impair kinetic skills while driving.

The NSW government has a zero tolerance policy towards driving under the influence of drugs. Mobile Drug Testing units look for the presence of ecstasy, cannabis, cocaine and methamphetamines. Along with random breath testing, mobile drug testing can be conducted by Police, and if your MDT test is positive, you may be escorted to a testing van or Police Station to provide a sample of your saliva. A positive sample will result in an immediate 24 hour driving ban, and your sample will be sent to a laboratory for further testing.

You may also be charged with driving under the influence of prescription drugs. If Police suspect you are affected by prescription drugs, they may escort you to a Police Station or Hospital to obtain a blood and urine sample, within two hours of you driving. If done within the timeframe, the result will then be used as evidence in Court.

Driving under the influence of drugs carries heavy penalties. If you are guilty of the offence, this may be recorded on your criminal record and you may be penalised by way of fine, demerit points and disqualification of your licence.

First time drug driving offenders may avoid going to Court at the discretion of Police. Offenders may receive an on the spot fine of $581 and a disqualification of three months. However, if the matter is heard by the Court, the maximum penalty is higher. The Court can impose a fine of up to $2,200 and a driving licence suspension of between three and six months.

Second time offenders will be required to go to Court and face maximum fine of $3,300 and a license disqualification between 6 and 12 months and be subject to an interlock order.

Refusing to take a drug test is considered an offence which carries further penalties.

If you are found guilty of driving under the influence of alcohol and drugs, you face significantly harsher penalties under new legislation enforced as of June 2021.

The minimum and maximum penalties differ depending on whether the offending falls into Novice, Low Range Prescribed Concentration of Alcohol (PCA), Mid-Range PCA or High Range PCA and illicit drug driving.

Driving under the influence of drugs in NSW can lead to fines, licence disqualifications and even imprisonment. If your drink driving offence is recorded on your criminal record, this conviction will have long term consequences for you. It may affecting your ability to travel, hold a firearm licence and create obstacles in obtaining a working with children check. Contact Access Law Group today to speak to one of our Drug Offence Lawyers

Vaccination of a Child