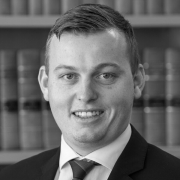 The Federal Court of Australia have found that a creditor of an insolvent company has no statutory right to have the debt owed to them set-off from their obligation to repay an unfair preference.

A company creditor was paid $190,000 in respect of debts owed to it prior to the company entering liquidation. The Liquidator in the proceedings successfully argued that the payments were an unfair preference and that they could be clawed back under s 588FA of the Corporations Act 2001 (Cth) (“the Act”).

The company owed the creditor $194,000 in respect of another debt. The creditor wanted to apply s 553C of the Act so that the two debts could be “set off” to the effect that the creditor did not have to pay the Liquidator anything. This question was referred to the Full Court of the Federal Court of Australia.

The Court unanimously found that a set-off was not available to the creditor. The decision was made after careful analysis of the requirement of “mutuality” under s 553C. The requirement of mutuality is that the claims to be set-off must be between the same parties, the parties must hold the claims for their own benefit and interest, and the liability must already exist at the commencement of the liquidation. The creditors position was that all of the above were satisfied.

The Court rejected the creditors arguments and found that the mutuality requirement was not satisfied. They found that the right to seek repayment of a preference payment is not a right of the insolvent company, and it does not exist at the time of liquidation. Rather, the right is held and exercised by the liquidator, not for the benefit of the company itself, but for the benefit of the Company’s other creditors. The right to repayment only arises if a liquidator is successful in their application to the Court to set aside a preferential payment.

How can we help?

Our team works daily with insolvency disputes. ALG can bridge the gap between insolvency law and you. Contact us for your free 30-minute initial consultation on 02 4220 7100, or email lawyers@alg.com.au.

What is a consumer?

How Can a Bankruptcy Lawyer Help You?
Scroll to top