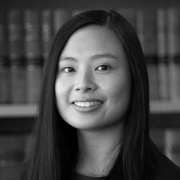 LIQUIDATORS CLAW BACK $2 MILLION FROM THE ATO

In the matter of Western Port Holdings Pty Ltd (receivers and managers appointed) (in liq) [2021] NSWSC 232, the Supreme Court of New South Wales found that 37 payments made by the Company while subject to a deed of company arrangement over the course of an 18-month period to the Australian Taxation Office (ATO) was an unfair preference. The ATO was ordered to repay $2 million in voidable transactions, plus costs and interest, to the Company.

In total, 37 payments were made over an 18-month period while the Company was the subject of a deed of company arrangement (DOCA):

The Court considered two issues in the proceedings, namely:-

This article addresses the latter.

‘Under the authority administrator of the deed’

Section 588FE(2B)(d)(i) provides that a transaction is not considered voidable if it was entered into under the authority of the administrator of the deed.

In this case, the Court found that the payments were not made under the authority of the deed administrators based on factors including:-

Creditors need to take care when receiving payments from a company that is subject to a DOCA, where control of the company has reverted to its directors. Payments made by such a company without the authority of the deed administrator, even if it is within their knowledge, can be clawed back by a liquidator pursuant to the unfair preference provisions of the Corporations Act 2009 (Cth). Creditors ought ensure that the administrator has expressly authorised payments, though in reality this might be difficult to obtain.

How can we help?

Our team work daily with insolvency disputes. ALG can bridge the gap between insolvency law and  you. Contact us for your free 30-minute initial consultation on 02 4220 7100, or email lawyers@alg.com.au.

Purchasing a Business – Due Diligence for your Purchase