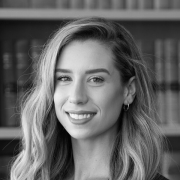 Did you know that if you are caught driving under the influence of drugs, you face a number of consequences?

These consequences can include:

If you have been charged with driving under the influence of drugs, it is important that you contact our office and arrange an appointment to speak to one of our experienced criminal lawyers, so that you can receive appropriate legal advice on how to best deal with your charges.

If the Police reasonably suspect that you are driving under the influence of a drug, including any drug under the Drug Misuse and Trafficking Act 1985 (NSW), they have the power to take you to the hospital for blood or urine testing. These tests will identify any substance in your system.

The two most common drug driving charges are legislated under Section 111 and 112 of the Road Transport Act 2013 (NSW).

Under Section 111 Road Transport Act 2013 (NSW) it is a crime to drive, occupy a drivers seat and attempt to put the vehicle in motion, while you have illicit substances in your oral fluid, blood or urine. The illicit substances under this section are the following four prescribed illegal drugs: Cocaine, Methamphetamines (Speed, Ice), Ecstasy (MDMA) and THC (found in Cannabis).

Under Section 112 of the Road Transport Act 2013 (NSW) it is a crime to use, or attempt to use, a vehicle while under the influence of alcohol or any other drug. Any other drug includes any drug under the Drug Misuse and Trafficking Act 1985 (NSW).

It is also a crime to occupy the passenger seat of a motor vehicle operated by a learner driver, and to refuse to submit to a blood test or a urine test.

If your oral fluid, blood or urine drug screen presents a positive result for drugs, it is likely the Police will either issue you with a Penalty Notice (on the spot fine) in the case of a first offence, or a Court Attendance Notice, requiring you to go to Court.

Heavy penalties apply to those who drive with illicit substances in their oral fluid, blood or urine.

The Penalties under S111 of the Road Transport Act 2013 NSW are as follows:

The Penalties under S112 of the Road Transport Act 2013 NSW are as follows:

Based on your individual case, we will determine whether any of the following defences are available to you:

If any of these defences are applicable to your case, we can negotiate with the Police to drop the charges and/or we can present the defence to the Court. If successful, your matter will be dismissed.

Depending on the severity of your offence, you will be issued with either a Court Attendance Notice, or a fine. If you receive a fine and you wish to challenge the fine, you can elect to have your matter heard before the Court.

Once the matter is before the Court, it will be heard in either the Local Court before a Magistrate, or in the District or Supreme Court before a Judge.

It is important that you seek the advice of a lawyer at the earliest opportunity so that we can attempt to resolve the matter as quickly as possible, preferably at the first court date.

Pleading Guilty or Not Guilty & The Early Plea of Guilty Discount

Once the offence is before the Court, you will have the opportunity to plead guilty or not guilty to the offence.

If you plead guilty to the offence, the matter can be heard for sentencing immediately, or listed for sentencing on a later date to give you time to collect documents or participate in courses that may lessen the severity of your sentence.

If you plead guilty to the offence at the first court date, you will be eligible for a discount on your sentence of up to 25%.

If you plead guilty to the offence, or the Court finds you guilty of the offence and lists the matter for sentencing, it is mandatory that you complete a Traffic Offenders Intervention Program prior to sentencing. This will show the Court that you acknowledge your wrongdoing and have taken active steps to educate yourself and prevent yourself from repeating the offence in the future. The Court will take your completion of the course into consideration at your sentencing.

If you do not compete a Traffic Offenders Intervention Program prior to sentencing, it is likely that the Court will adjourn your matter and order you to complete the program.

If you plead guilty, or are found guilty of the offence, the Court can impose any of the following penalties (the penalties are listed from most lenient to most severe):

If you have been charged with a drug driving offence, contact the office on (02) 4220 7100 or email us on lawyers@alg.com.au for a free initial consultation with one of our Traffic and Criminal Law lawyers today.

Dissolution of Partnerships & Restraints of Trade