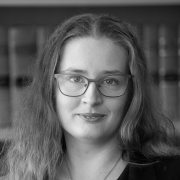 Prior to 10 June 2020, businesses could obtain cover from an insurer which would have paid fines from a prosecution of breach under the Work Health and Safety Act 2011 (NSW).

From 10 June 2020, any person is prohibited “without reasonable excuse” from entering into a Contract of Insurance which might provide them which covers the payment of a fine.  This will be an area where all businesses need to be very careful.

In addition, an insurer or a person is also prohibited from providing that insurance or grant of indemnity.

The amendment was made based on recommendation made by a review in 2018 which saw vigorous debate that penalties should be paid by the offender as a real form of punishment rather than just being insurable.

The report from the review stated that “the ability to obtain insurance to cover penalties and fines for breaches of their model WHS laws was largely unsupported by those consulted…”.

At law offenders when sentenced (or fined by a breach notice) are to be penalised having regard to the seriousness of the offence, and to deter the offender and other potential defendants.  Basically these objects were argued not be achieved if the fine or penalty was paid by insurance i.e. not out of the pocket of the defendant.

The key point to be taken away is that you should be careful when obtaining insurance that it does not (unless you have a “reasonable excuse”), enter into or offer an indemnity or insurance which would in effect pay a fine which is issued under the Work Health and Safety Act.

If you have any questions about this, please call us to discuss.

Contact the ALG team for your employment and WHS matters on (02) 4220 7100 or by email at lawyers@alg.com.au to book a free half-hour initial conference.