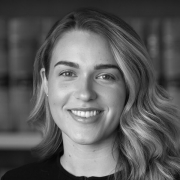 Being sentenced for a criminal offence can be very stressful, particularly when the offender might not understand what different criminal penalties may involve.

In this article, we will explore the meaning, purpose and potential consequences of Conditional Release Orders (“CRO”).

A Conditional Release Order (CRO) is a relatively new penalty, only being introduced under the Crimes Sentencing Procedure Act on 24 September 2018 which act as a warning for low level offending.

CROs were introduced to replace the previous good behaviour bonds which could be imposed by the Court with or without conviction of the defendant under section 9 or section 10(1)(b) of the Crimes (Sentencing Procedure) Act 1999.

How does the Court make a CRO?

The Court must consider the following factors before making a CRO:

The Court will impose standard conditions, but also has discretion to impose additional conditions.

The standard conditions of a CRO include the following two (2) conditions:

The Court may impose additional conditions to the CRO on top of the standard conditions.

The court can make the following additional conditions (s 99(2)):

The Court cannot make the following Conditions on a CRO (s 99(3)):

The court can make further conditions on the CRO, so long as they are not:

A CRO can be made for a maximum of 2 years.

Is a CRO the same as a criminal conviction? Will I have a criminal record.

If the court does record a conviction, it will generally not appear on a national police check after 10 offence-free years.

What happens if I breach my CRO?

Breaches of CROs should be regarded seriously.

If the court is satisfied that the offender has failed to comply with any of the conditions of the CRO, the court may do the following pursuant to s108C(5) Crimes (Administration of Sentences) Act 1999:

If the CRO is revoked, the court can exercise its discretion whether to make any consequential order or to re-sentence the offender.

If you require legal advice in relation to Conditional Release Orders or in any other legal matter, contact Access Law Group at lawyers@alg.com.au or phone 02 4220 7100.